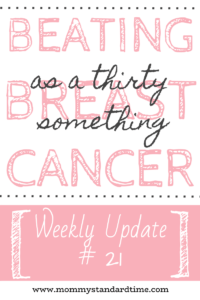 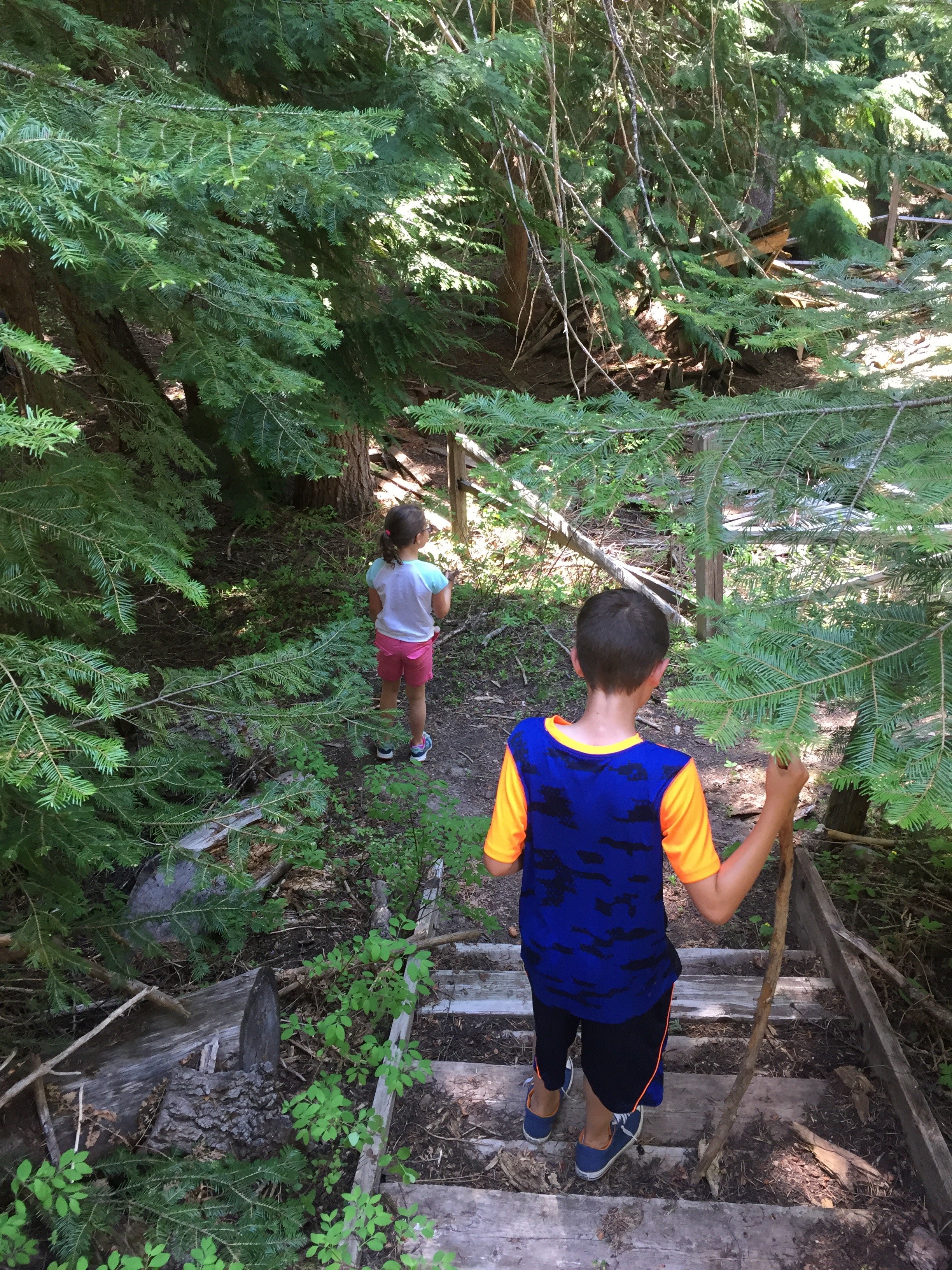 On Monday, Mr. Blue Eyes and I took the kids on a little hike.  Why would I include this in my cancer update?  Well…this little hike was a huge eye-opener of how large of a toll this cancer journey has taken on my body.  We hiked down into a creek bed, which was no problem, but hiking back up took every ounce of energy I had…and then some.  I am SOOOOOO out of shape!  Seriously, the worst shape I have ever been.

Since the cancer center was closed for Memorial Day, on Tuesday I had my labs and chemo on the same day.  During my appointment with the nurse practitioner, she told me that my bloodwork continues to be stable.  I am a little anemic, but nothing that would impact my ability to have chemo. 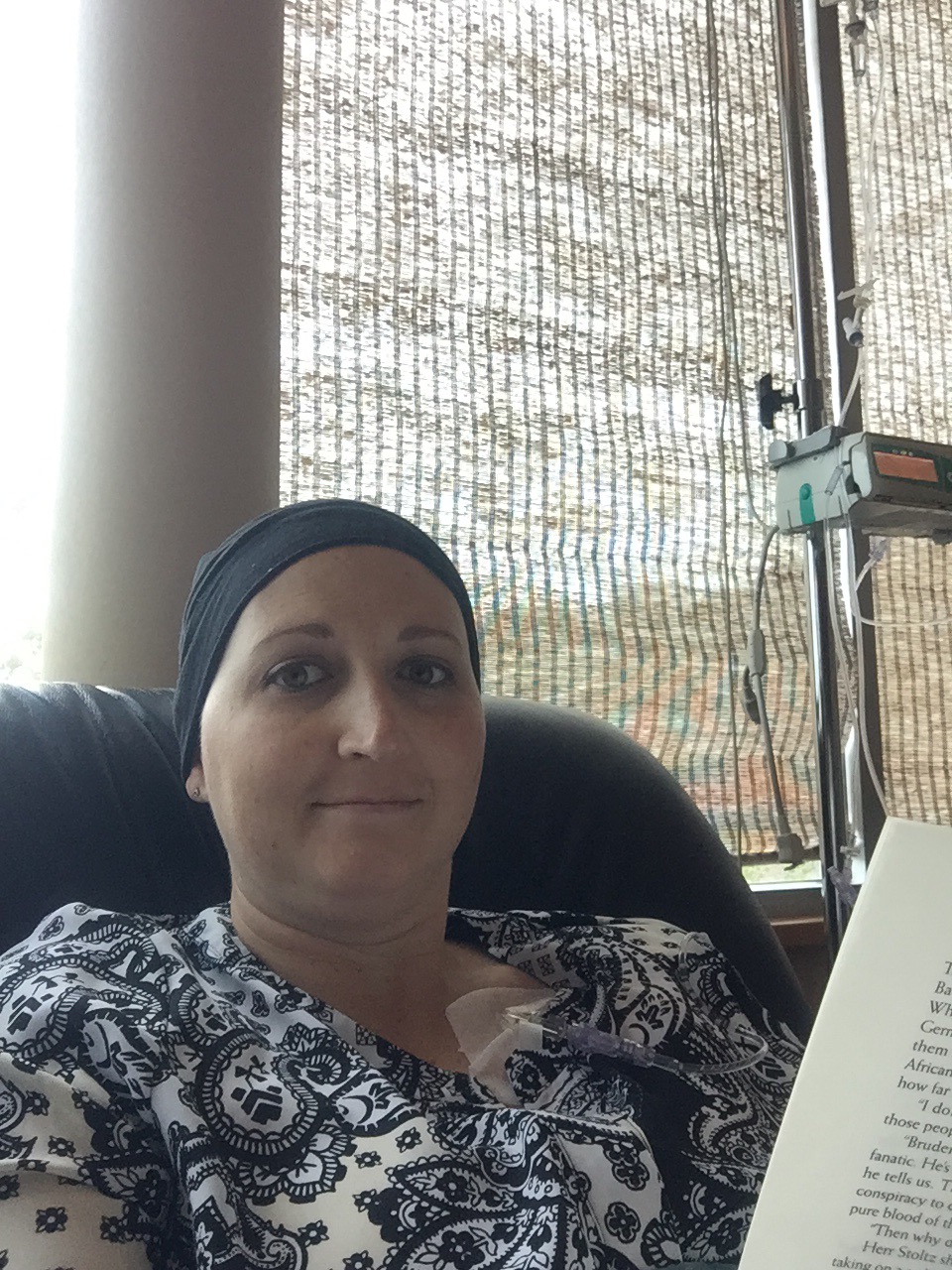 The Benadryl kicked my butt BIG time this week.  The nurse gave it slowly so my head didn’t spin too badly, but I must have been wiped out from my big hike the day before and the Benadryl just took it over the top.  My trip to the chemo chair was just one big nap fest.

Thursday was my “day three” and I felt it.  In addition to feeling extra fatigued, I felt pretty nauseous.  I didn’t want to take any nausea meds because they tend to trigger bowel issues, so I just nibbled my way through the day like a pregnant lady.  I woke up nauseous again on Friday, but was feeling better by the afternoon. 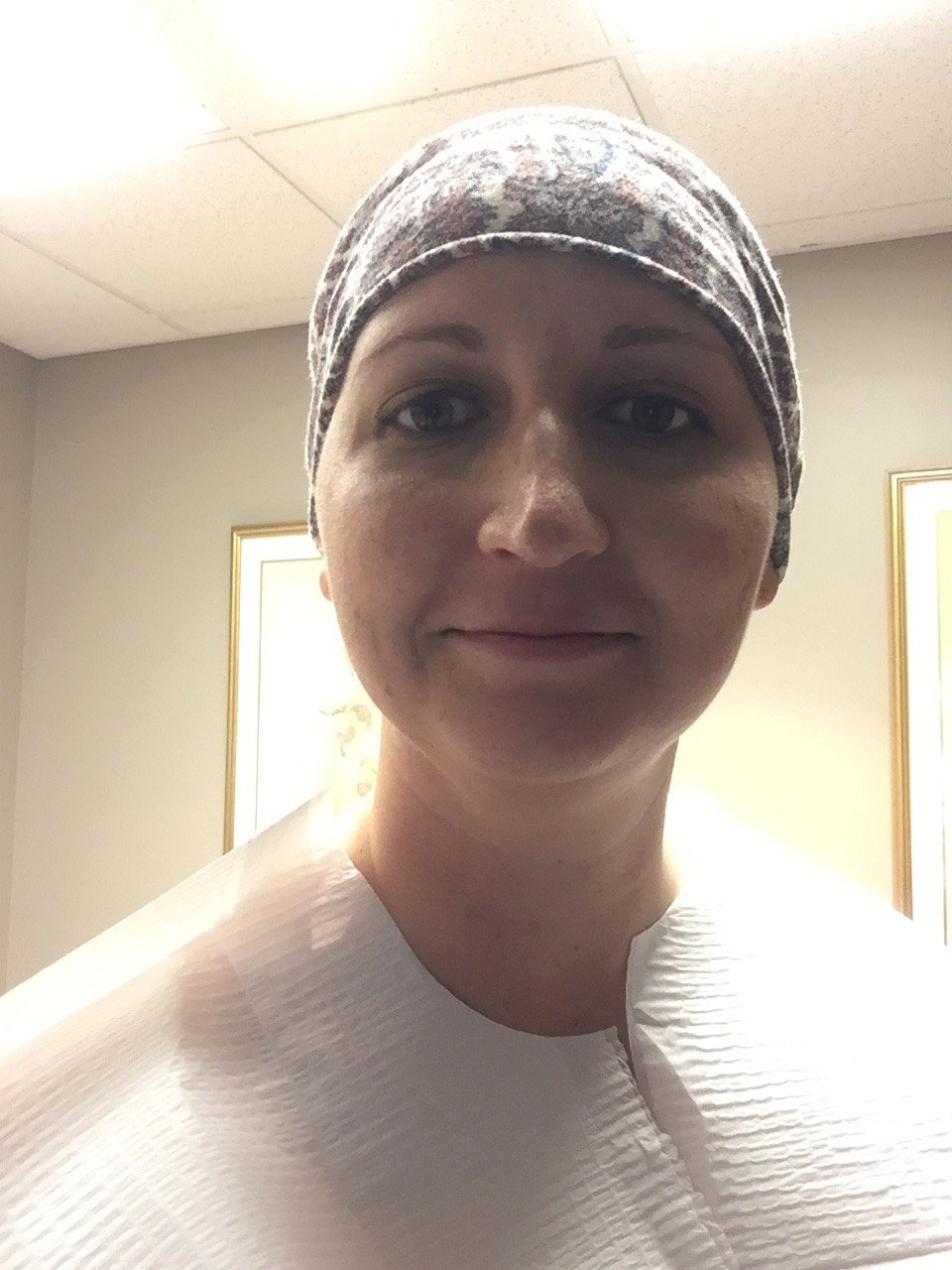 Friday was my trip to the plastic surgeon’s office, my last one for a month because he is vacationing out of the country for most of June.  My trip to the plastic surgeon is almost always positive, but this trip was a little bit of a bummer.  I found out that I won’t be able to have my implant surgery until SIX MONTHS after I finish radiation.  Apparently my skin will be a little bit “volatile” after radiation, which increases the chances of something not healing right after my implant surgery.  We don’t want to take that risk, so this journey has lengthened.  I will be fully expanded by the beginning of August (when radiation starts) so I will at least have a figure for the six months that I wait…but the boobs-to-be are just hard as rocks!  Here is a visual of where I started, where I was, and where I am now (with one or two expansions left): 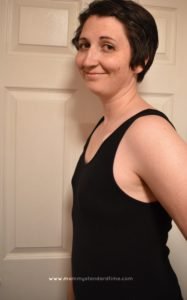 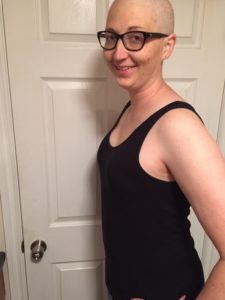 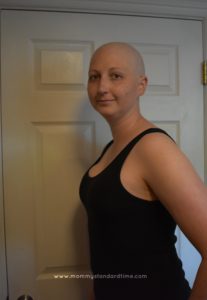 Saturday was a rough day.  Maybe I was still bummed about not being able to move on and leave cancer behind as soon as I had hoped.  Maybe I was frustrated that my body is out of shape but I can’t do anything about it until I’m done nibbling through the day like a pregnant lady.  Maybe I was feeling the pressure of having the kids home for the summer when I know I will still be having “day threes” and “day fours” for six more weeks.  No matter what it was, I was cranky.  And sad.  As I crawled into bed that night, I heard my phone ding with a simple picture and message:  “Relay for Life”. 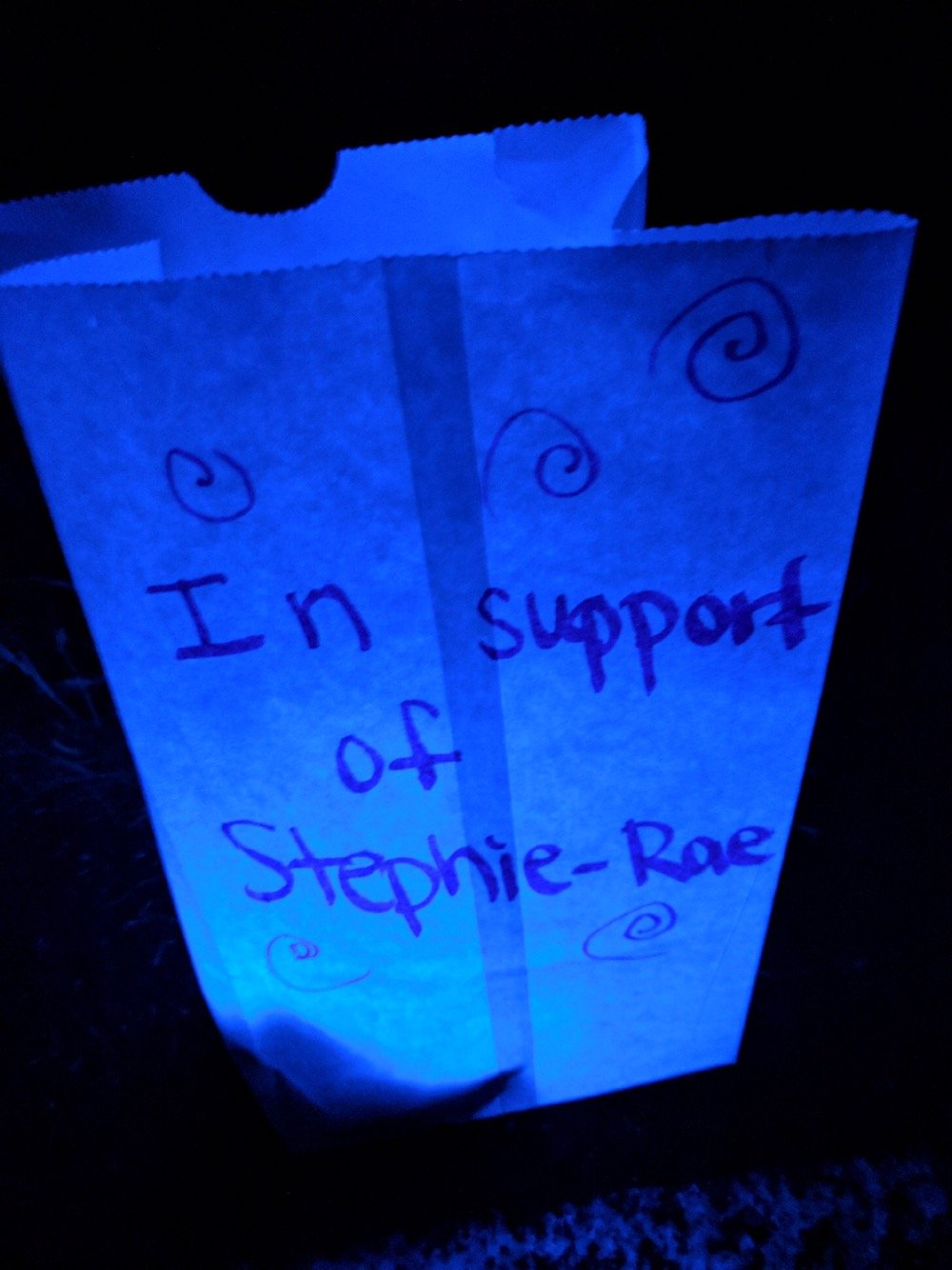 Tears poured down my cheeks as I saw this message from a dear childhood friend.  It was a reminder that even though I have my moments of being SO SICK OF CANCER and SO GRUMPY that our family’s life plans continue to be on “pause”, I have dear friends and family who are still thinking of me, praying for me, and supporting me through this journey.  This text message came at just the right time.  Last week I had a similar situation; after another cranky day, I was met with a Facebook message from a lovely lady with several generous offers of support.  Believe it or not, fighting cancer can be lonely, especially when things become so routine.  It is like the world is moving ahead with its normal routine and I am left behind in my crazy cancer world.  As much as I try to move on and do normal things, I am often faced with the limitations of my illness and treatment. So these little reminders mean a whole lot.

Before I end my update for this week, I thought I would give you one little peek of a side effect that has gone crazy since switching to Taxol: The brown fingernails.  Yuck.  My thumbnails (which turned slightly brown during my AC chemo) now look like they could eventually be in danger of falling off.  They are gross! Now I have large brown spots that have formed on other nails.  I will be interested to see how things heal up after chemo, and how long it takes! 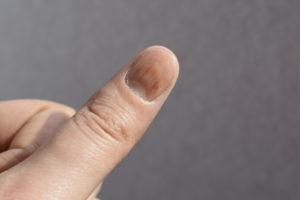 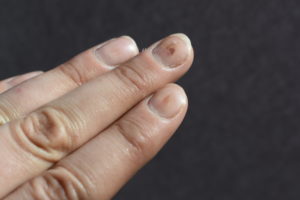 So that’s it for this week…I am now halfway done with Taxol.  Six more weeks and I can say goodbye to chemo!