My kids and I love to do crafts together.  It is one way that we like to savor time.  While I plan on sharing with you some of the crafts that we do at our house, I recognize that many of these things will be something you could easily find somewhere else on Pinterest.  So I wanted to do something a little bit different with my craft tutorials:  I will show you exactly how long they take to make (since this blog is focused on time, after all) and give you a final verdict on if I would consider them a “quick craft”. 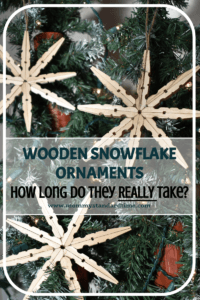 I am notorious for seeing something on Pinterest, never clicking on the tutorial, and then just “winging it” based on what I saw in the picture.  So when I was looking for something fun for Mini-Me to do with a friend at an upcoming playdate, I thought of the wooden clothes pin snowflakes that I had seen on Pinterest.  I thought it would be super fun if they could paint and customize them the way they wanted (because when you’re six, it’s all about the bedazzling anyway!) 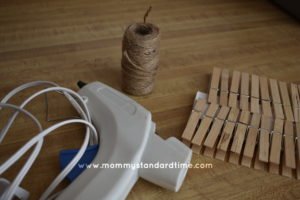 So I gathered my materials (glue gun, ribbon or twine for hanging, and clothes pins – eight per ornament), then I started the timer. 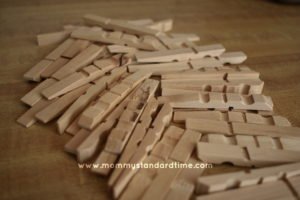 The first step was to pull the springs off the clothes pins. I only had one spring go rogue and fly across the counter.  Not too bad! 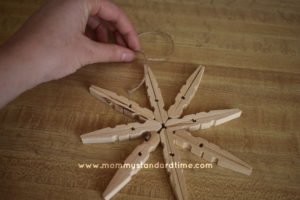 Then, while I waited for the glue gun to heat up all the way, I did a dry fit of the snowflake to make sure everything would fit together the way I wanted. I also cut a small length of twine for the hanger. 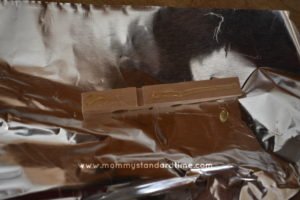 Then it was time to glue!  I put a strip of glue on the flat side of one clothes pin and pressed another piece on top, using the groove in the clothes pin to gauge how well I had them lined up.  (Try to avoid actually getting glue in that groove, otherwise you’ll have a bunch of glue ooze into the opening in the snowflake.)

For the hanger, I just looped the twine and put the ends in the glue before adding the other wood piece, sandwiching it in place. 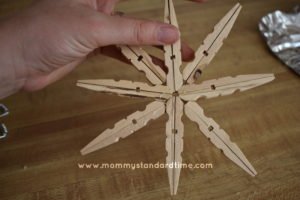 Once I had all of the glued pairs, it was time to assemble the snowflake.  I glued the first four pieces (the ones that make a cross shape in the picture above).  When those were pretty much set, I started gluing the rest of the pieces (the ones that make an X shape).  I found that if I glued fairly quickly, I had a little time to adjust the angles before the pieces were completely set. 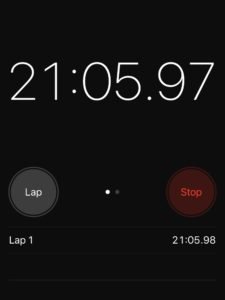 At this point, I had one snowflake completed and it had taken me about 21 minutes (which included the few pictures I took).

Now that I had the system figured out, I did the other two at the same time (I glued ALL of the pairs together before moving on to assembling, which saved quite a bit of time). 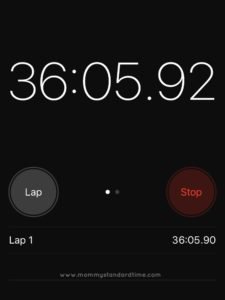 All in, I was able to make three wooden snowflake ornaments in 36 minutes total.  Factoring in clean-up, I was done with this project in less than 45 minutes.  And believe me, there was no rushing involved.  If I tried to rush with a glue gun, I would end up rushing my accident-prone self to the emergency room!  If you are a little more talented with a glue gun, you could probably make these even faster. 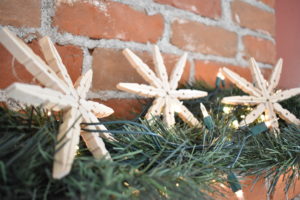 So this definitely gets my seal of approval as a “quick craft”.  Even though I didn’t include the kids in making the actual ornaments because there was so much hot glue involved, I know the kids are going to have so much fun bedazzling them later (although I really love the rustic look of the plain wood!).  I have also seen where they take the mini clothes pins from the dollar store and make a second snowflake shape to glue over the hole in the center.  Those are super cute, too!  I’ll have to pick up some of the mini clothes pins if I decide to make my own rustic snowflakes later on.

So what do you think I should have the kids use to customize their snowflakes: Paint? Stick-on gems? Buttons? Markers? I’d love to hear your suggestions!