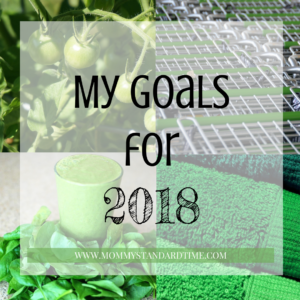 Since we’re starting a new month, I thought I should give you an update on how I’m doing on my four major goals for 2018.  Even though I haven’t been posting a lot lately, I have been hard at work!

Shortly after finishing cancer treatment, as I pulled out a blank notebook for my weekly meal plan and grocery list like I did every Saturday, I had an epiphany: I have gone through so much in an effort to extend my life, why am I spending so much of it at the grocery store?!

I made some HUGE progress on this goal since my last update.  Back in August, I was looking at the calendar and I decided to just GO for it.  No more thinking about it; I just needed to take the leap.  So I made a huge shopping list and spent the bulk of one day grocery shopping at Costco, Winco, and Safeway. The next day I had a few tasks to do where food preservation was concerned (putting meat in the freezer, making a couple of freezer meals, etc.).  But then….I was DONE with grocery shopping for the month!

And you know what?  We pretty much made it!  I had to sneak to the store once for a few staples, but we had plenty of food to get through the month.  So I decided to try replicating it in September, but shortly after determining my meal plan for the month and going grocery shopping, I decided to make a major change in my diet (more on that in a minute…keep reading….).  I have decided to put once-a-month grocery shopping on the back burner until I grow a little more accustomed to my new diet.  But I have already learned a lot of things about once-a-month grocery shopping that I’m excited to share with you!

#2 – GROW A GARDEN IN TWENTY MINUTES A DAY

Sorry Mel…I failed you!  Soon I will be getting started on the fall clean-up of the bed of weeds that was supposed to be my garden.

What tasks are you working on to get your garden ready for fall and winter?  I’d love to hear about it!

The premise behind this blog is how to save time on the mundane.  I don’t know about you, but one of the mundane things that takes the MOST of my time is tidying up the house, which is basically just moving junk from one spot to another.  So I have been trying the KonMari method of tidying up my house this year.

I feel like I have still been stalled in the clothing department, the first decluttering category of the KonMari method (I’ve been dealing with kid clothes off-and-on for the past month, which is sooooooo overwhelming!).  I haven’t yet been able to move on to the other categories.

Our family has taken several major steps in decluttering since my last update.  In fact, just yesterday we gave our garage a HUGE overhaul.  I had already started unpacking boxes that were still packed from our move, but yesterday we had a big clean-up and run to the thrift store.  I feel like right now I’m in the stage of “cleaning up the house before the maid comes.”  I want to make sure we have everything unpacked before I start decluttering by category the KonMari way.  Typing this makes me feel like I’m making excuses, but I’m confident I’ll get there before the end of the year.  I have visions of being surrounded by only what brings me joy.

It’s going to be wonderful.

If you haven’t yet read “The Life-Changing Magic of Tidying Up“, I would highly recommend it!  The picture above is a link to purchase/download or you can find it here.

In my last update, I told you about a plan that Mr. Blue Eyes and I had made to “go it alone” with our weight loss (no meal plans, expensive apps, or diet shakes) and then use the money we saved to buy ourselves something big once we reached our goals.

After two months of this brilliant plan, Mr. Blue Eyes had lost 15 pounds by basically eating the same and I had gained two more pounds. <<smacking forehead>>  I needed a different plan.

My eye opener came one morning when I finally realized that I had back rolls!  At first I wasn’t sure, because…you know….maybe I was CREATING the back roll by reaching around to FEEL the back roll.  (I know, I know…..denial can be hilariously sad.  You can laugh.) Well, on this exact same morning, one of my friends from college who is a fitness coach for Beachbody reached out to see if I was interested in joining a challenge group.

I had always been hesitant to join her groups in the past because I was on the fence about Shakeology.  But discovering my back rolls was just the motivation I needed.  Shakeology couldn’t be worse for me than the junk food I had been sneaking here and there!

So, exactly 21 days ago I began doing Beachbody workouts and drinking Shakeology.  In fact, I started with the 21-Day Fix.  It has kicked my BOOTY but I am already feeling so much better!  I have lost about 10 pounds in three weeks and around 6 total inches.  Someday I will give you a before and after….but I’m not quite ready to show the world my back rolls until I can also show that they’re gone. 🙂

I am about 17 pounds away from meeting a very important milestone:  The weight I had been when I was diagnosed with cancer. I’m excited to keep you posted about this goal!

So there you have it!  I feel like I’m back on track with most of my goals for 2018.  With three months left in the year, how are YOU doing with your goals?  I’d love to hear about it!